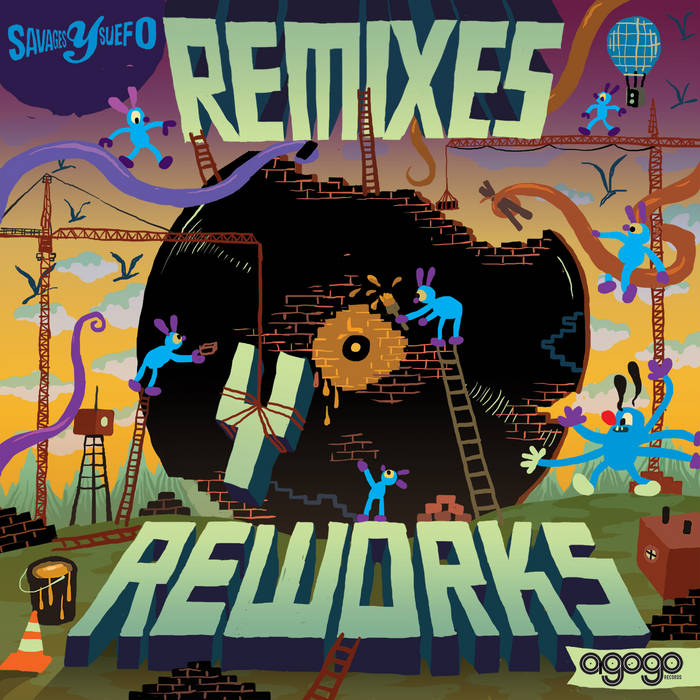 „Remixes Y Reworks“ is a deep scoop of Savages Y Suefo's remix catalogue selected and handled with care by the guys themselves. The collection of 15 tracks contains only their favourites from the past years including remixes for some famous Hungarian bands/productions like Marcel, Anima Sound System, The Qualitons, or Kerekes Band. Marcel and Anima Sound System need no introduction for sure. They started their careers in the 90's and that time they were the main underground music acts in Hungary next to Yonderboi. Both the Marcel and Anima Sound System remix are never released before in any formats just like the Savages Y Suefo version of The Qualiton's Margit. Kerekes Band is also a well known name in the international world music scene. They won the Best World Music Album of Hungary in 2014 on the Fonogram Awards. You will find a remix of their hit "Waiting For The Sunshine" with the popular jazz singer Fábián Juli.

Beside the Hungarians there are reworks for other great international artists too. Exclusives ones for Mr. Bird and for the WDR Big Band, or already released successful versions for Kid Loco, [re:jazz], Smokey Bandits, Mo Fire, [dunkelbunt], or Watcha Clan.

There is an exclusive remix too from Danilo Venturi's Toi Et Moi what came out on limited edition CDs only in Hungary and never ever before released as digital download. This was the duo's first remix ever and basically the born of Savages Y Suefo.

Bandcamp Daily  your guide to the world of Bandcamp